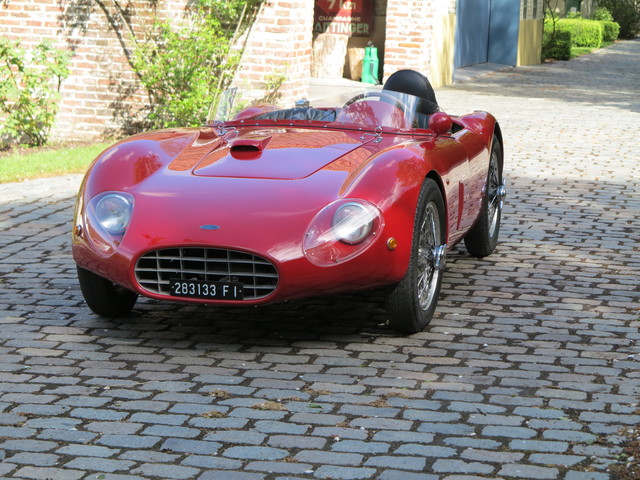 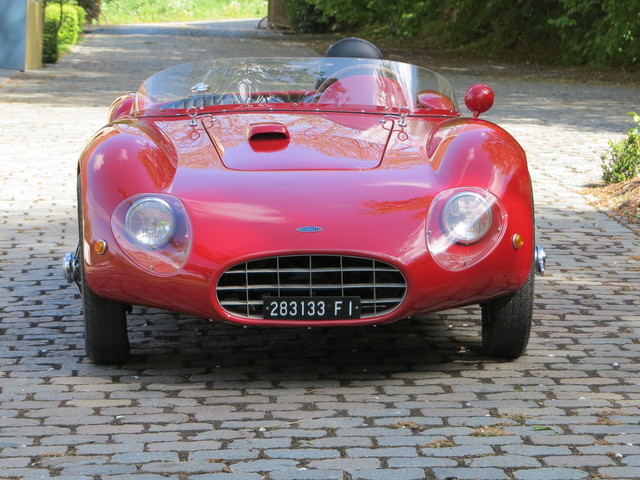 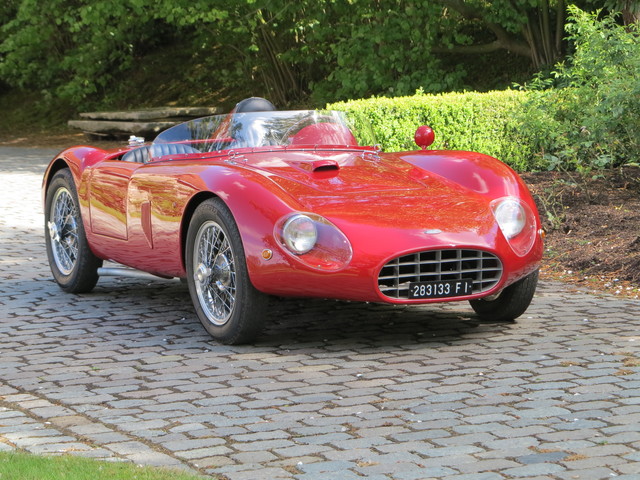 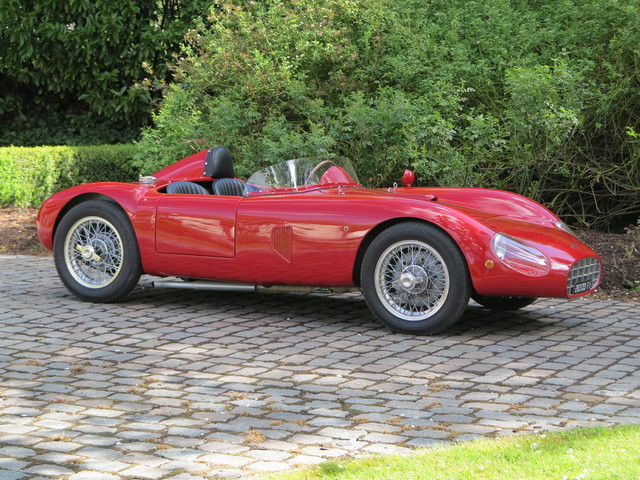 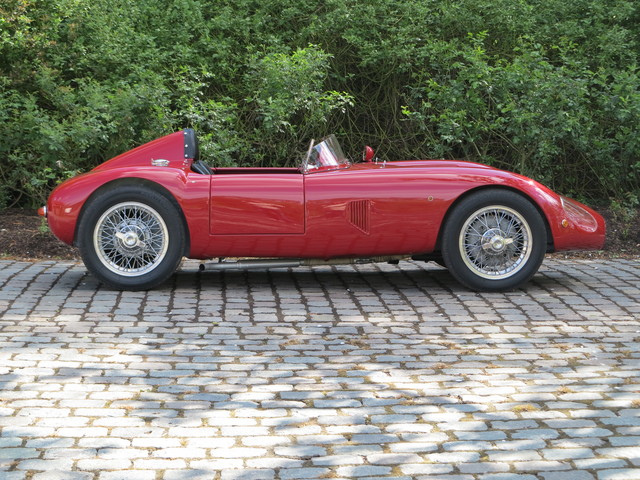 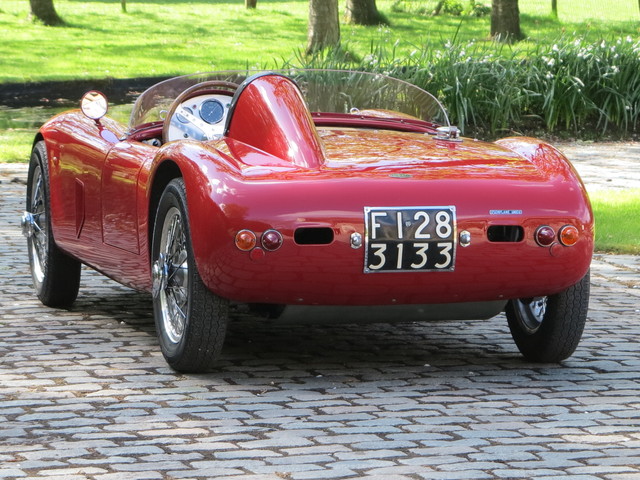 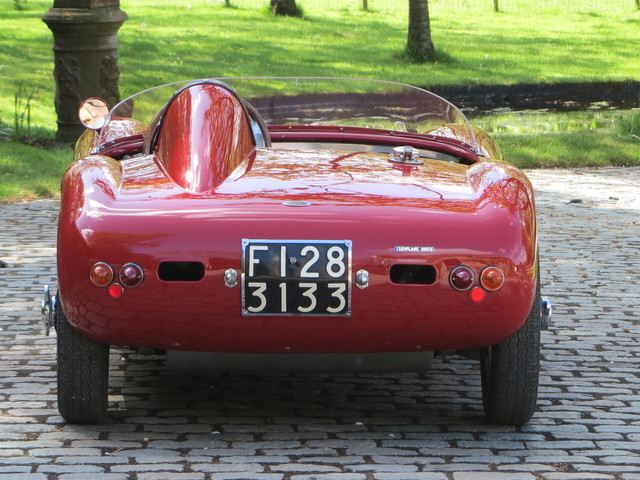 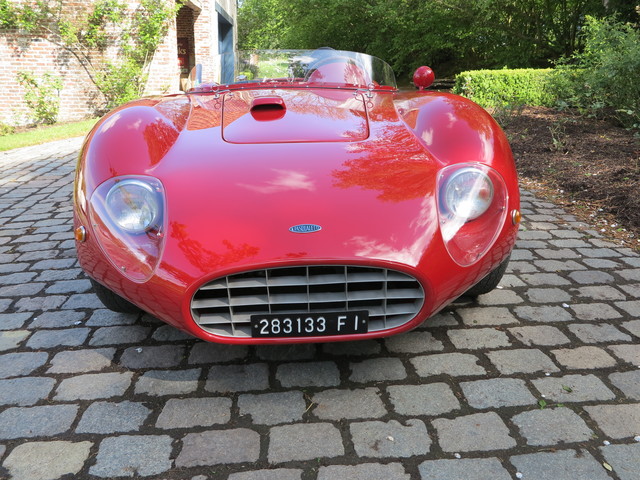 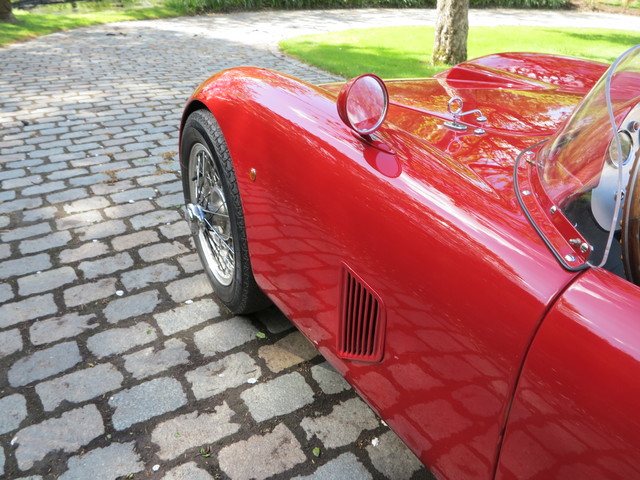 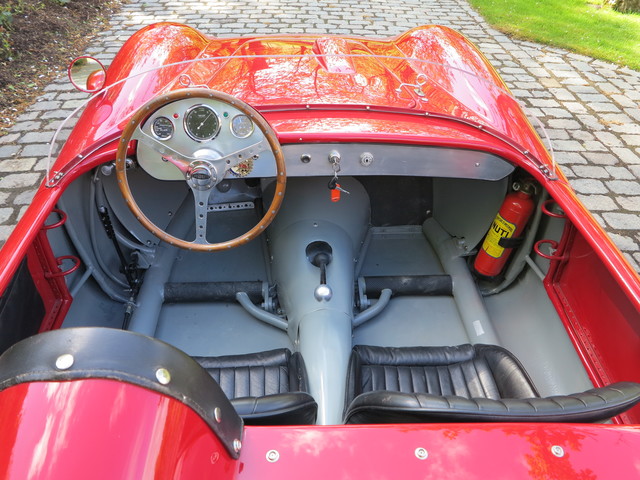 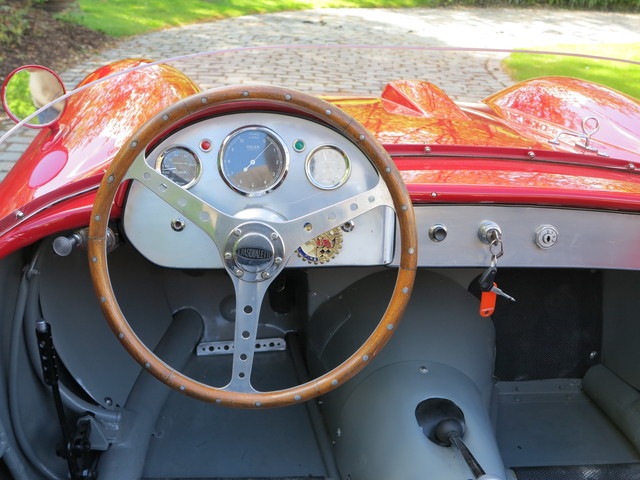 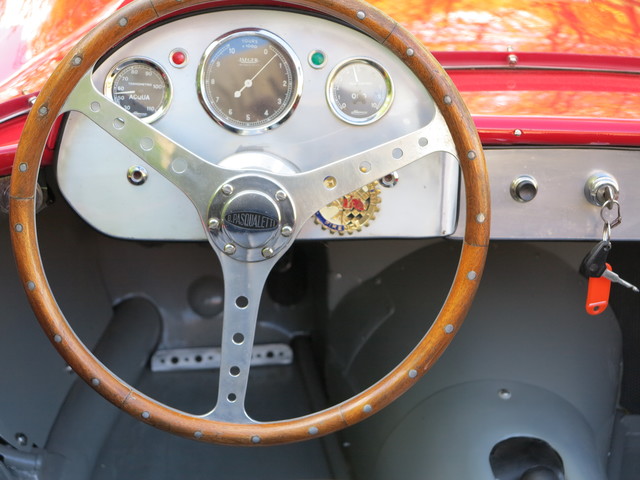 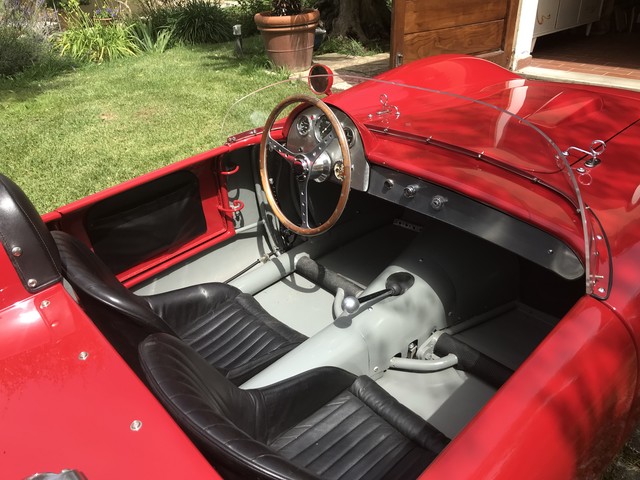 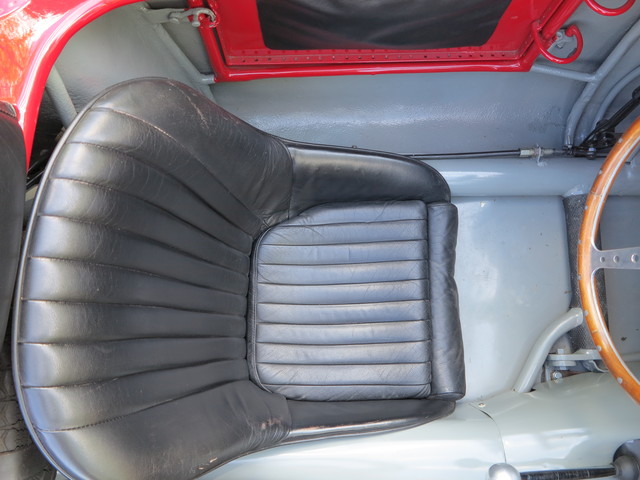 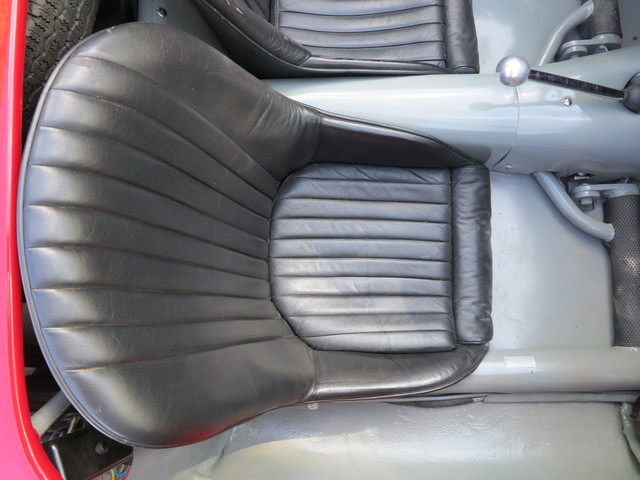 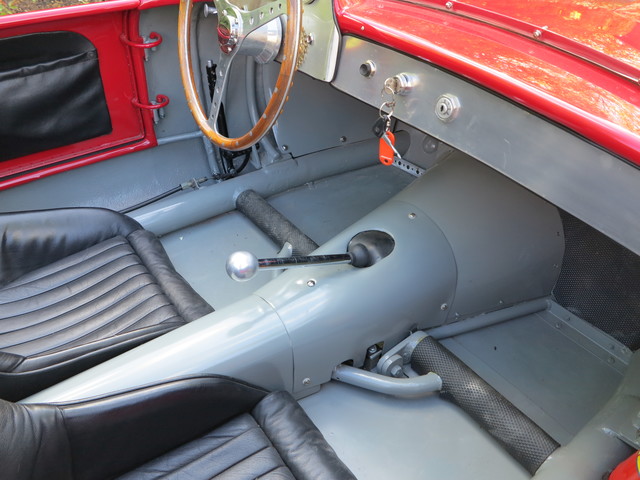 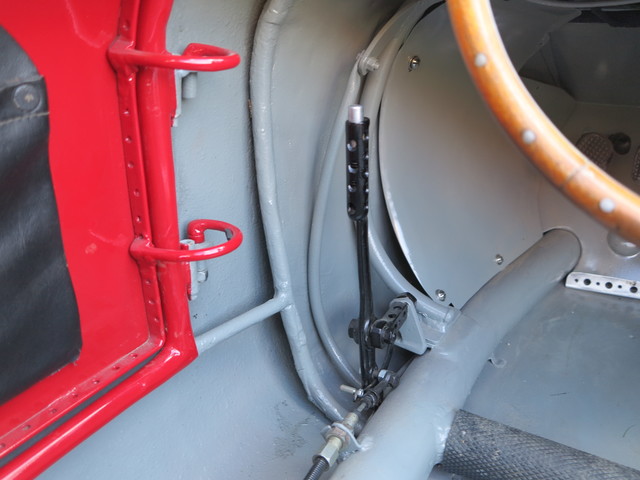 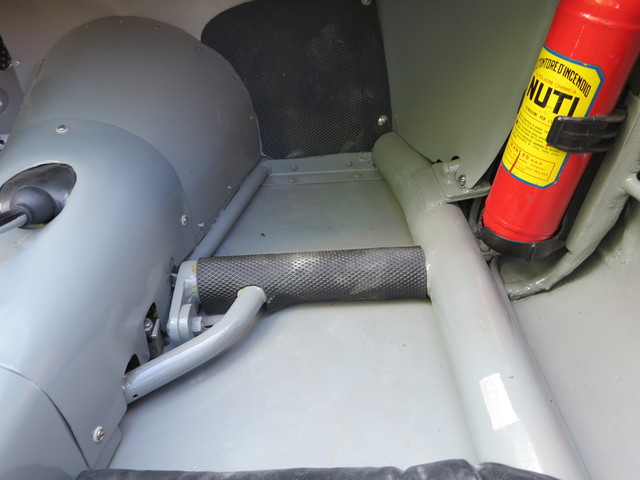 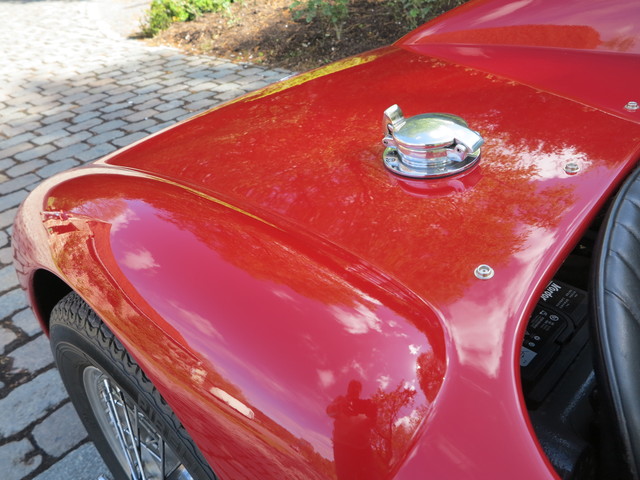 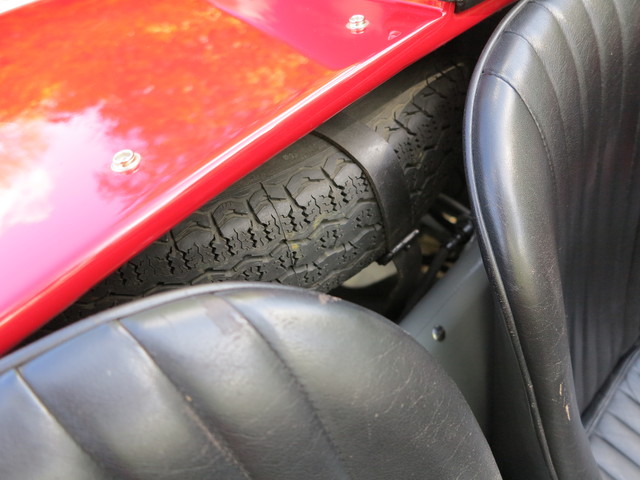 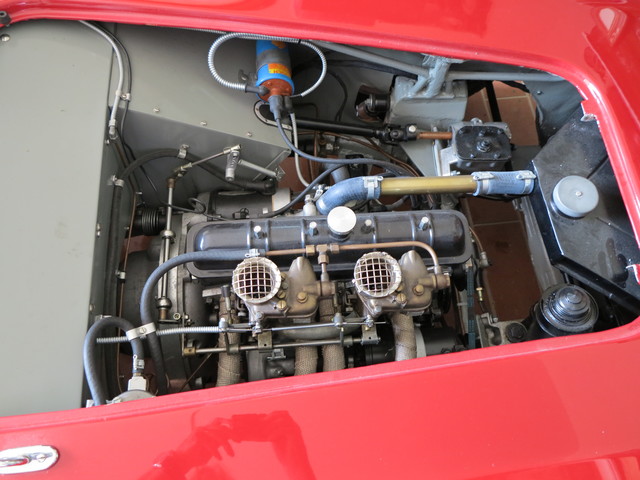 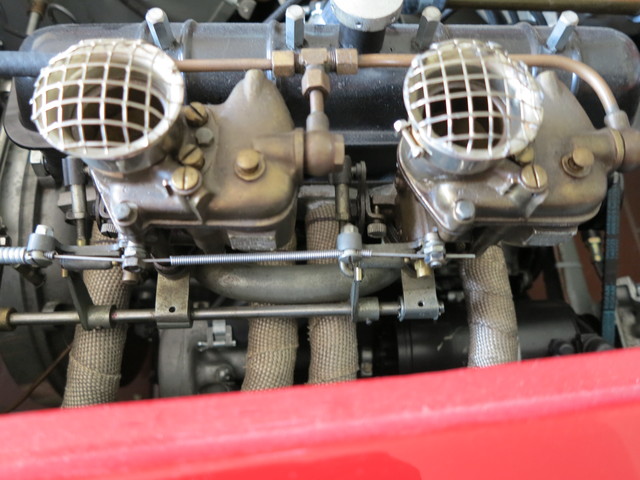 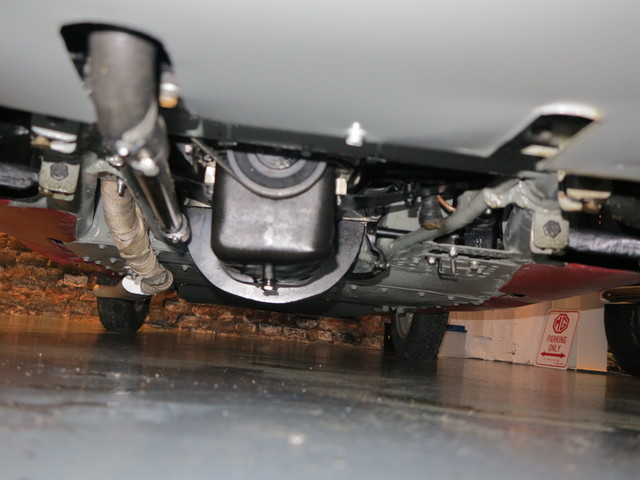 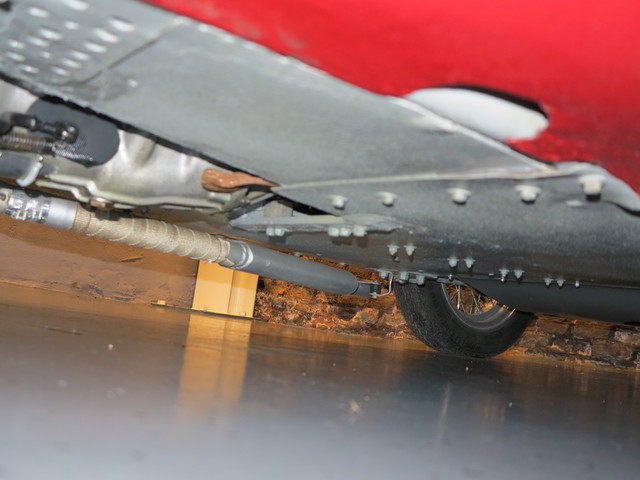 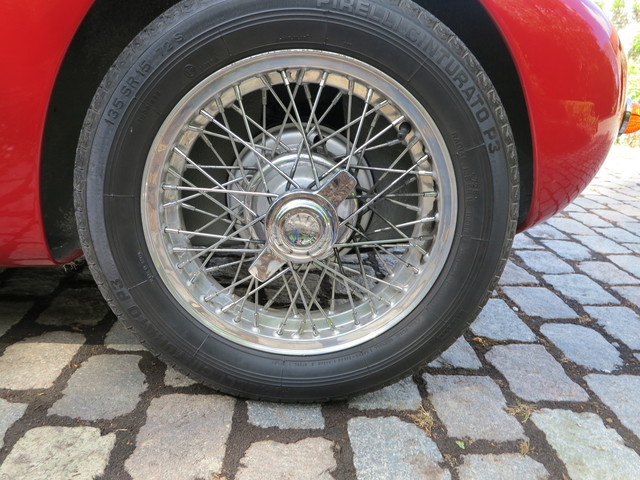 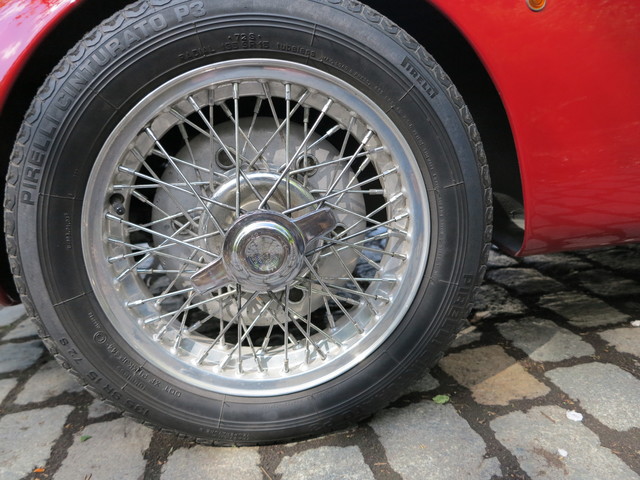 This is a one-off barchetta built by Oresto Pasqualetti, who was born on April 05, 1919 in Palaia (Pisa) in Italy. Pasqualetti built 5 cars in total, this car being the only and unique barchetta. The construction of the car needed to happen after “business hours” as he  was a teacher/professor at the University of Pisa.  It is in this position as a teacher that he met Giotto Bizzarrini who studied mechanics under his supervision.  Pasqualetti assisted and adviced him in the building and construction of his first Bizzarrini car: The “ Machinetta “

The constructor Pasqualetti and this car are featured in the superb and comprehensive book on the etceterinni sports and racing cars: “La Sport e I suoi artigiani”.

To build the car, Pasqualetti purchased a 1953 chassis of an Iso (Isocarro) and made the mechanical lay-out in combination with a

Crossley 750cc engine that could be upgraded to 1000 cc depending the race class it could be engaged. However time was too short and the beautiful barchetta wasn’t finished until 1957,  but missed the participation for the Mille Miglia that year.

Because the new generation of racing sport cars seemed to have its future in rear engined cars which appeared to be faster en quicker in cornering, Oresto abandoned the idea of racing the car in competition and registered the car in his name for own use.

The complete ownership is documented as follows:

Sold and registered on May 08, 1965 to Roberto Ciappi, of Firenze and reregistered with new license nr: FI-1283133. This license plate is still on the car.

So five private and registered owners including Oresto Pasqualetti.

Transferred to Bagnoli’s widow Sandra Allegri, Castagneto Carducci on May 28, 2013 after the passing away of Luciano.

Luciano Bagnoli was a good friend of Oresto Pasqualetti and therefor showed interest in the famous little barchetta, the only one of its kind. He was finally able to acquire the car in 1998 from the dealer Piero Santoni who had kept the car during 26 years. For both he and his wife Sandra, it became their favorite “toy”. The excellent relationship between Oresto and Luciano originated the friendship between Oresto’s daughter Lucia and Sandra, Luciano’s wife.

A friend of mine knew that Sandra had kept the car after Luciano’s death and introduced me to Sandra.  I was very surprised to see this beautiful car and the exceptional condition in which it had been preserved.  Of course I wanted to buy this so appealing little race car, but Sandra was hard to convince.  It took me more than a year before we finally came to an agreement in 2019.

The Pasqualetti has ASI gold certificate nr 46094, the highest level of authenticity.   The documents available.  Sandra also really surprised me:  She still had the original blue prints (!) of the body, chassis, front and rear suspension, engine and transmission and rear end.  This is really unique.

The aluminum body is totally original and of excellent quality. The car is in superb condition throughout.

In 2017 Giotto Bizzarinni, came to see the barchetta of his ancient  teacher/instructor, a visit that recalled many memories.   Giotto was then pictured with the car.   A nice documentation file with copies of letters and correspondence with Pasqualetti comes with this interesting barchettta, which is eligible for all interesting and important car events, rallies and concourse.

- File with diverse documents and historical documentation from Sandra.

- Old poster with Luciano Bagnoli and the car.

YOU WANT TO KNOW MORE ABOUT THIS SUPERB LITTLE CAR ??