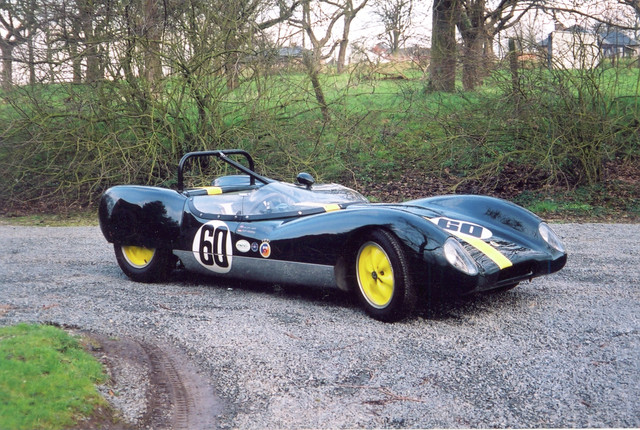 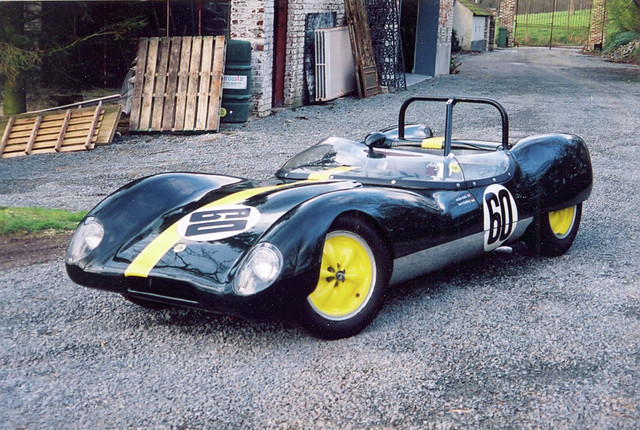 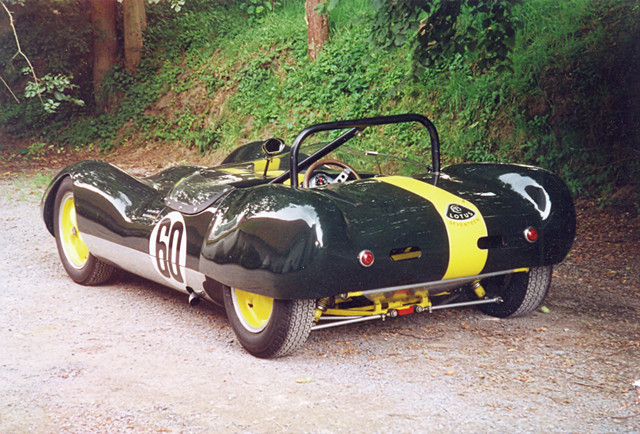 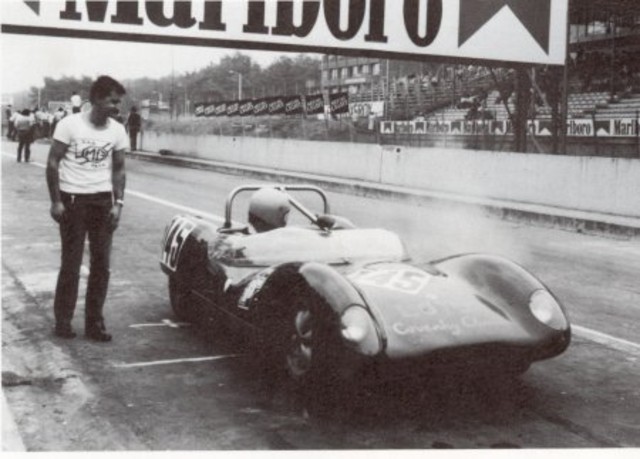 The Lotus 17 was build to compete against the Lola mk1 and mk2 that were lighter and  had been beating the Lotus 11.   Only 22 cars were produced as the new technology introduced by Cooper with the rear mounted engine had prooved to be much more succesful.  Lotus had to follow...

This car is the only type 17 with the F1 type rear suspension (triangular) instead of the classi De Dion rear axle;  it was build for Jacqy Stewart when he was part of the Team Lotus.

This 17 was raced by me in several historical GP's over a 3 year period.  I had purchased the car in 1979 from well know Dutch racing driver Liane Engemann, who was very close to Colin Chapman when she was racing the Lotus Cortina.  She had been able to purchase the car from Chapman at the end of her racing career with Lotus.   When I purchased the ca, it was still very original and apart from the mechanical part and a repaint, it was very untouched.

I sold the car to a Dutch customer, and he had it completely restored into better than new condition.   About15 years later, I was able to buy the car back.

The first idea was to go racing it again, but plans have changed now.