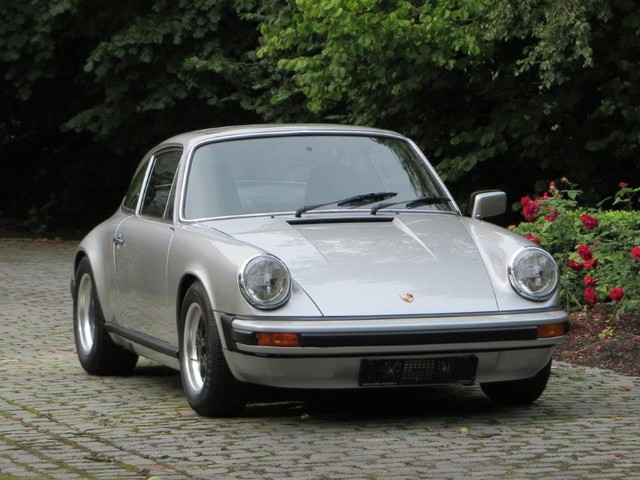 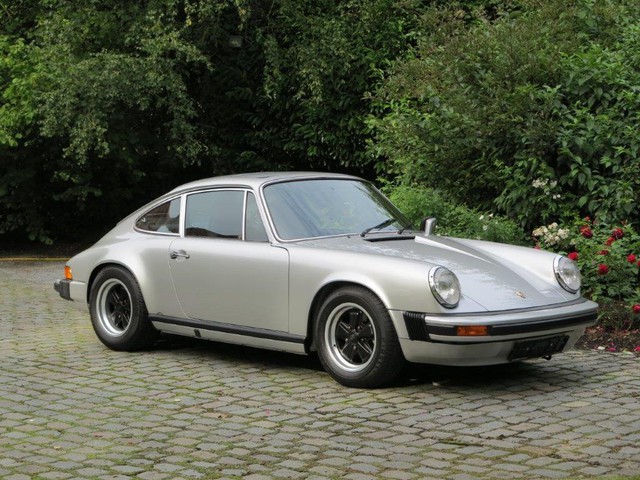 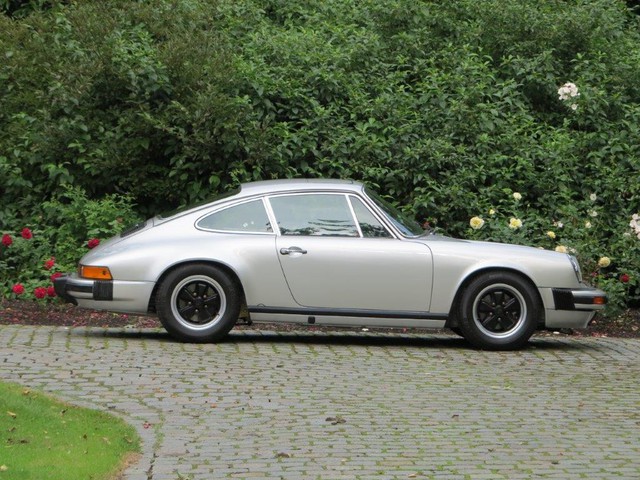 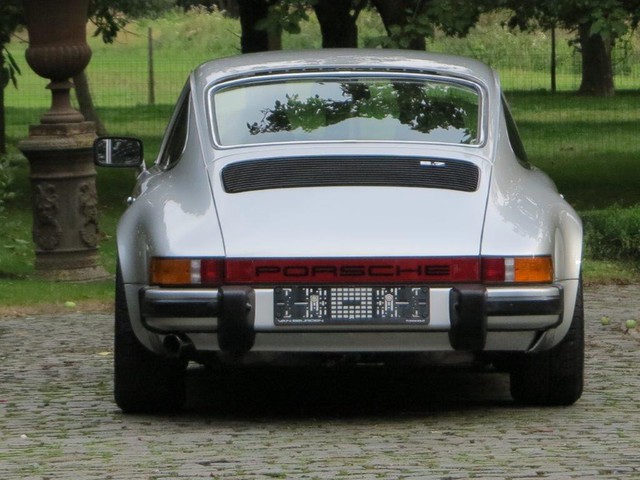 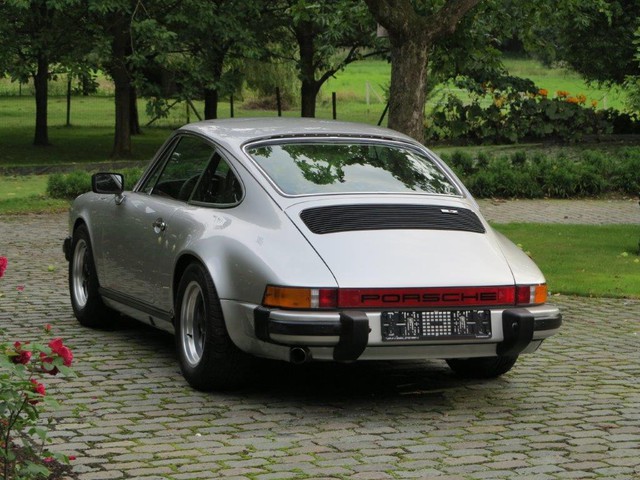 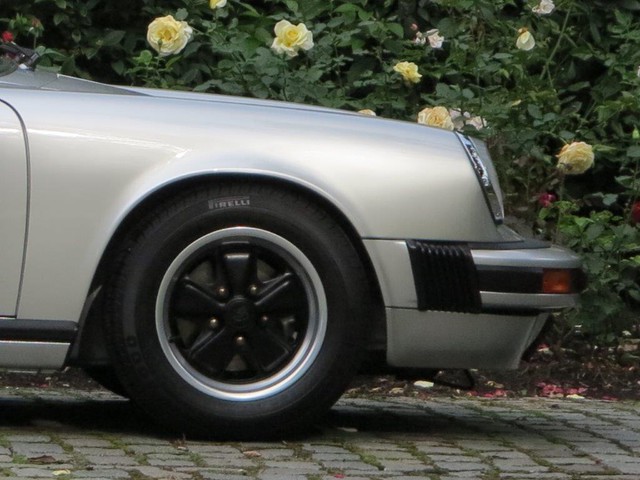 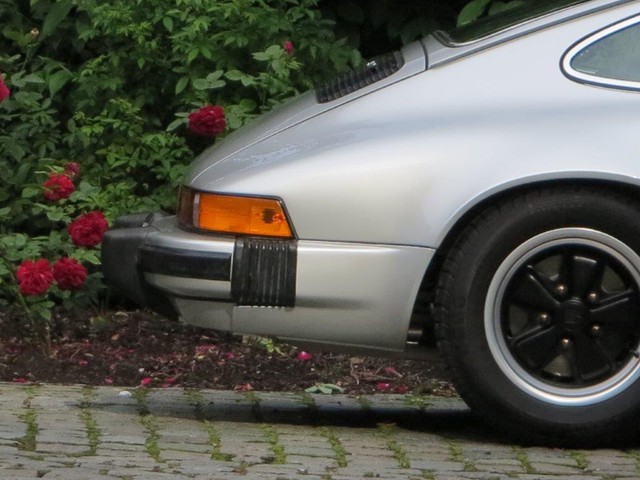 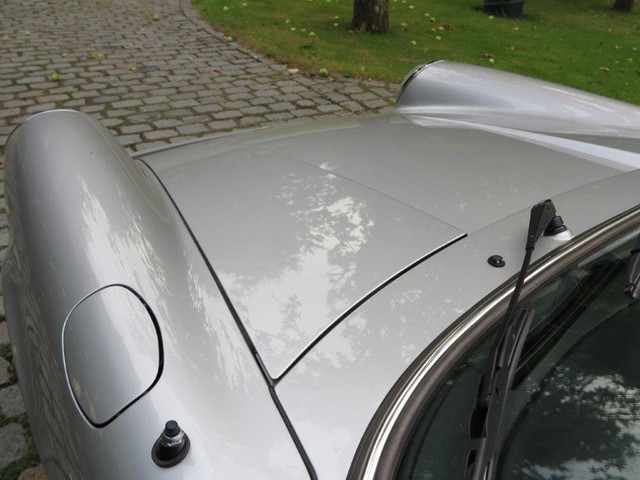 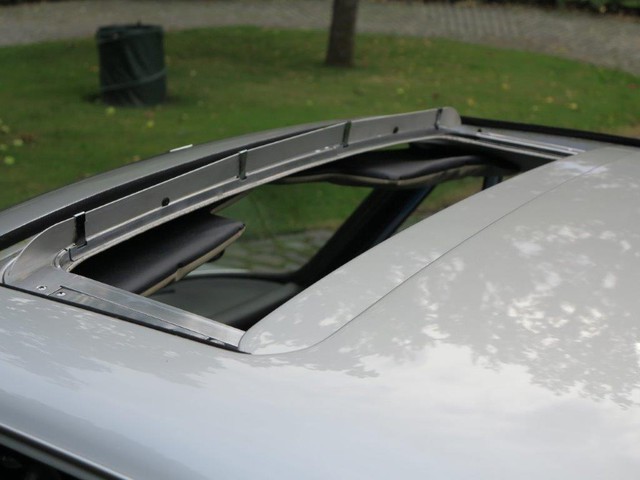 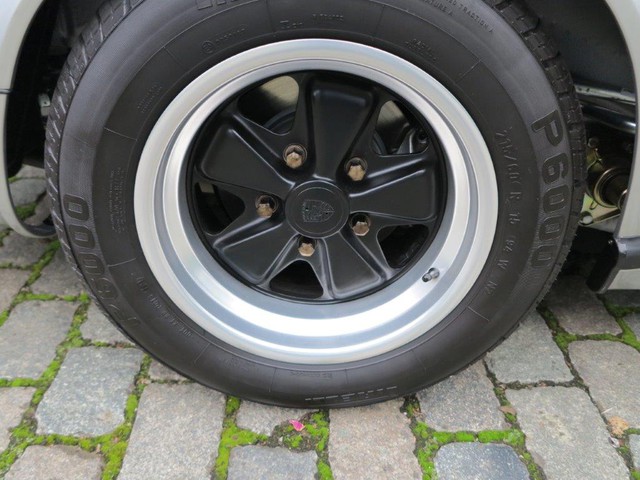 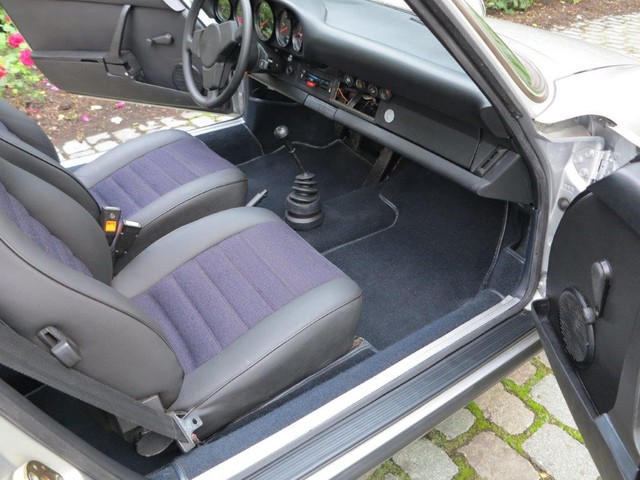 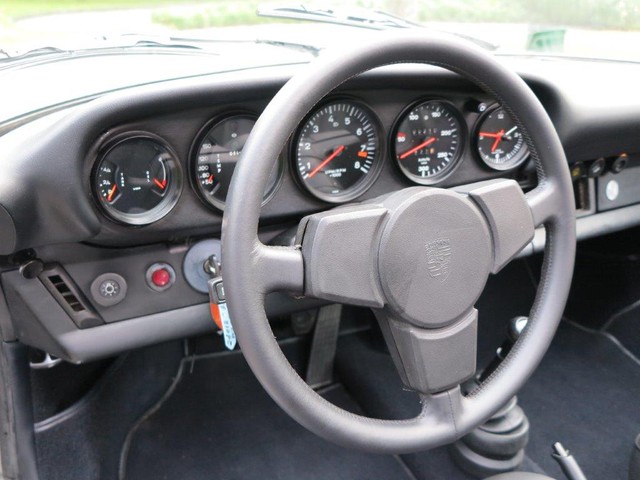 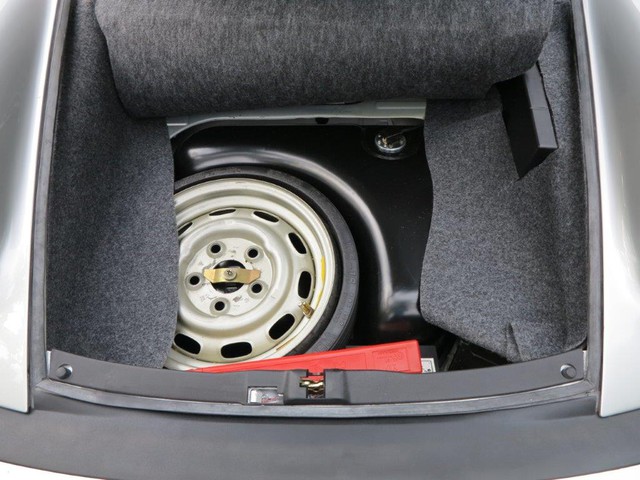 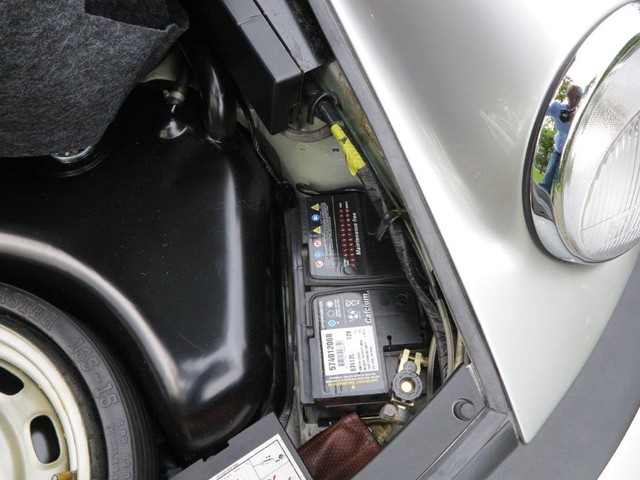 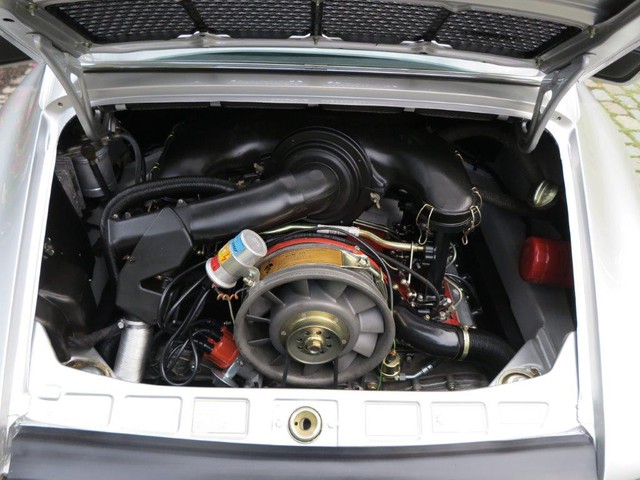 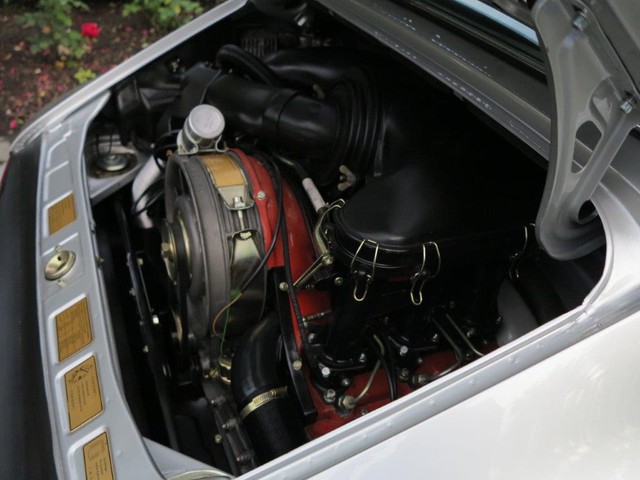 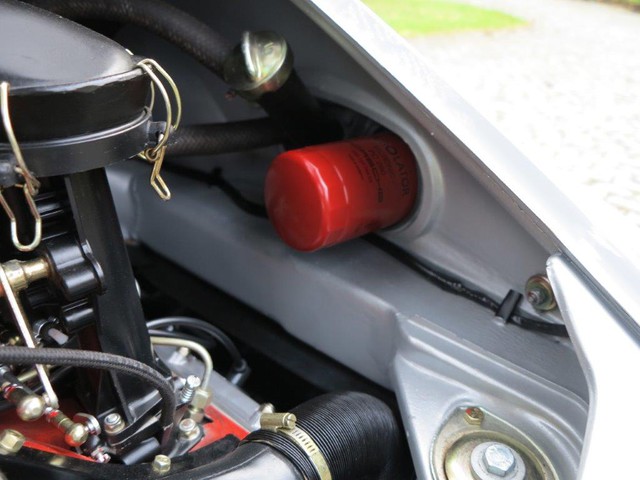 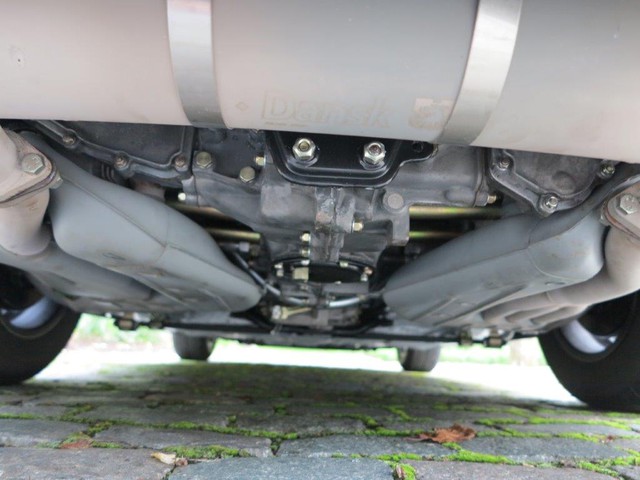 One of only 123 German-only Sondermodell, and one of only 3 silver cars, of which it is the only one with a (rare) sunroof !   Being a 1976, it is also the first 911 series with a galvanized chassis.

Taken off the road in Germany in 1992 with only 83.000 km on the clock, and kept in storage until the full restoration was started in 2014, and using only original Porsche parts.  The result is simply stunning.

This is a real opportunity to own a very interesting special series Porsche Carrera !

Immediately after the legendary 1973 Carrera 2.7 RS finished production a series of Carreras were built for the rest-of-world markets that were equivalent to the 1973 RS Touring (M472) models. This rare and desirabled Porsche was the G-series Carrera 2.7 MFI which was fitted with the 911/83 RS-spec mechanically fuel injected (MFI) engine that produced 210 bhp. The major difference between these Carreras and the Touring Carrera RS was that the MFI variation was built with the "G-series" impact bumper body and interior instead of the earlier long hood form. The weight of the Carrera 2.7 MFI was also 1075 kg, identical to that of the preceding Carrera RS Touring. All 1974 Carrera MFI cars either came with a ducktail or tail delete, while 1975 and later Carrera MFI either came with the whale tail or tail delete.

What makes the early 911s, Carrera RS, and the 2.7-liter "euro" Carrera so interesting and thrilling to drive is the Bosch Mechanical Fuel Injection (MFI) setup. The glorious sound and instantaneous throttle response has a remarkable feel compared to the computerized injection systems of the 70s and 80s. In the December 1974 issue of Motor magazine the Carrera 2.7 MFI was extensively tested and they measured a 0-60 mph time of 5.5 seconds.

These cars were never imported by Porsche into North America. The strict US emissions laws required smog equipment that drastically impacted the performance of the 2.7-liter motor. The US version of the Carrera in 1974-1975 used the significantly less powerful CIS (K-Jetronic) based injection engines to meet the California and US emission standards.

The 1976 Carrera 2.7 MFI was the last street car Porsche ever produced with mechanical fuel injection. In fact there were only three MFI based cars produced by Porsche after 1976, all race cars.

This rare and mint exemple offers a real opportunity for the Porsche enthusiast and collector to own a trilling car to drive and at the same time an great investment potential for the future.

Please inquire for the sales conditions by personal contact only.